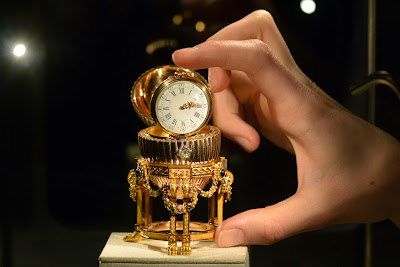 This rare Third Imperial Fabergé Easter egg, made for the Russian Imperial family in 1887 and said to be worth tens of millions of dollars, was confiscated by the Bolsheviks after the Russian Revolution. In 1964 it was auctioned in New York as a “Goldwatch in Egg Form Case” for $2,450 – its origin was unknown at the time. Later, a buyer in the US Midwest bought it at a flea market for what was believed to be scrap metal value until he discovered its true value after many years. The value of the egg has now been estimated to be in the range of over $33 million dollars