The Curtain Goes up, and the Lights Come Down when "Salvator Mundi" takes the Stage on Broadway... 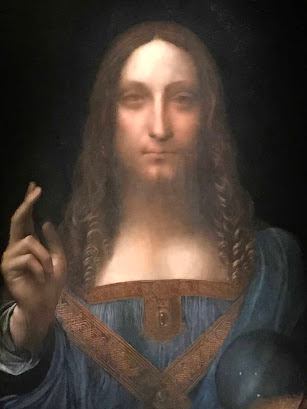 The drama and mystery surrounding the world’s most expensive painting is set to take the stage in New York in 2022 as a major Broadway musical. “Salvator Mundi” will chronicle the story of Leonardo da Vinci’s Renaissance-era portrait of Jesus, presumed lost for hundreds of years and only rediscovered this century, and sold for a record-shattering $450.3 million auction price in 2017.

Deborah Grace Winer, the screenwriter, believes da Vinci’s artwork has all the ingredients needed to make a compelling historical narrative for the stage. “There’s an epic quality about this story. It’s almost Shakespearean and operatic in the sweep of it’s history.” It is a story that poses the question: “What makes art, what gives anything value? It’s the idea of following one object through history. It’s about power and symbols.”
Yet art history is a rare subject for theater. The saga of “Salvator Mundi” may seem like a niche topic for a stage production, however, Winer believes some of the most popular musicals have succeeded because they are peculiar stories told in a compelling way, such as Lin-Manuel Miranda's rap musical "Hamilton." Winer adds, “The unlikeliest stories find incredible interest from audiences. The more specific it is, sometimes the more universal it becomes.” 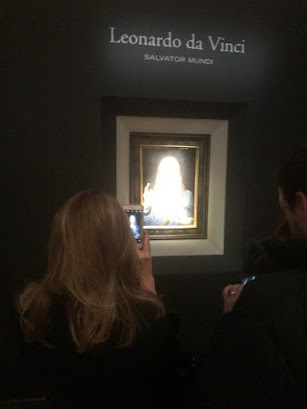 In the movie Black Panther a black visitor confronts a white curator over African artifacts in a fictional British museum. "How do you think your ancestors got these?" the visitor asks. "You think they paid a fair price? Or did they take it — like they took everything else?" A similar discussion is happening in museums around the world over the volume of African art in their collections. According to UNESCO, 90% to 95% of sub-Saharan cultural artifacts are housed outside Africa. The question is, is it normal that such a large part of the African cultural heritage is in Europe or in Western museums? Many argue that it is not. They contend that the country of origin has the right to possess its own cultural artifacts and exhibit them in museums located in the homeland. Others claim international museums provide scientific research on these precious objects, along with a venue that allows more people to view them. Many directors from major international museums hav
Read more

When I think of this musical refrain, one artist immediately comes to mind, aka  “the Founder of the Happy Art Movement” - Romero Britto.  I met the artist several years ago in Miami at a pop-up exhibition, and the impression he left has been long lasting. I find myself drawing upon the exuberance and optimism of his spirit and his art. More than ever, it is art that lifts us up and gives us hope, comfort, and strength to make it through these challenging times. As a professional art appraiser, it is my job to analyze and interpret art market data. I closely observe trends with an eye toward where the art market is moving. From my perspective, the art of  Romero Britto  falls into a new genre of art which is the wave of the future of art collecting for a new generation of global collectors. But don’t just take my word for it – take a look at his robust roster of endorsers: Disney, Hasbro, Ferrari, Porsche, Dolce Gabbana, Carnival Cruise Line, Mattel, Coca-Cola, and the list goes o
Read more